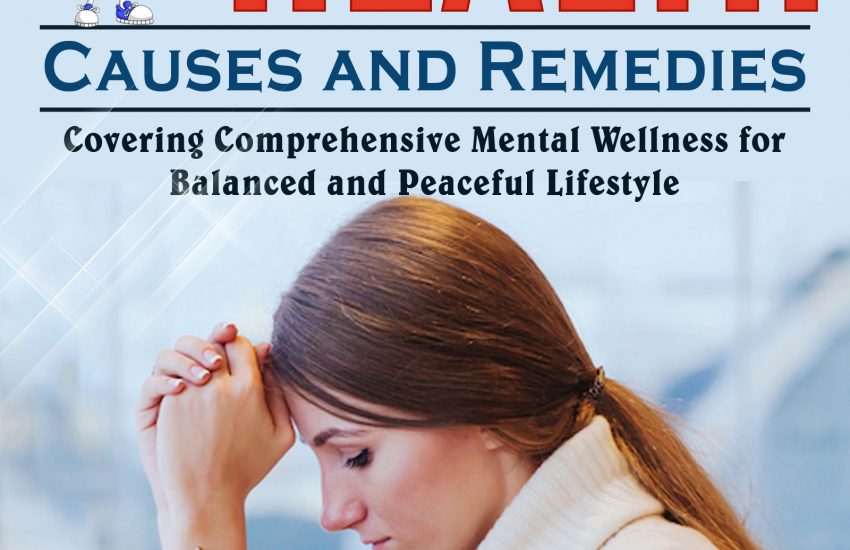 “Mental health is a state of well-being in which an individual realizes his or her own abilities, can cope with the normal stresses of life, can work productively and is able to make a contribution to his or her community”

Mental well-being is the most necessary part of one’s life. It defines our behaviour, character, and personality. A mentally fit person not only leads a happy life but also is an asset to the society.

Unfortunately, life nowadays is very competitive and fast. The burden of work, society, relationships, and what not? In all of this hustle, we often neglect our mental wellness due to which mental health disorders such as depression and anxiety are more common nowadays. But that does not necessarily mean that you can’t live a happy healthy life. There are a number of treatments and therapies available out there.

In this article, we will discuss some common disorders and treatments related to mental health.

How is “mental health disorder” diagnosed?

A mental health disorder is diagnosed in three stages

Your doctor / concealer will ask you a bunch of questions regarding your behaviour, mood, stress level, or your personal life. They may also ask you to fill a questionnaire.

They will also search for any psychical symptoms related to a particular disorder. Such as headaches, increased heart rate, etc.

Lab tests such as thyroid tests or alcohol checks are also done.

Does Covid-19 affect our mental health?

Yes, Covid -19 has the ability to affect your mental health. Many patients report mental health disorders such as anxiety, depression, or post-traumatic stress within 3 months of the diagnosis.

According to the lancet, 18% of covid patients develop psychiatric issues such as depression and anxiety within 3 months of the diagnosis.

Another study done at Ecuador also suggest that covid patients are at a higher risk of developing mental health disorders.

Researchers are still trying to figure out that how covid affects brain function. Yet some researchers claim that “covid affects oxygen supply to the brain.”

Therapy, mediation, yoga, and other techniques can offer great help.

We as human beings often feel anxious towards many situations like the first day at a new job or college, shifting to a new house, going on first date, etc. But this type of anxiety is pretty normal and does not affect your quality of life.

Except when the anxiety becomes too overwhelming and you are triggered by small things or you feel anxious without any reason. This is characterized as “anxiety disorder”

Some common symptoms include sweating, accelerated heartbeat, restlessness, and trouble sleeping. In worst cases such as during “Anxiety attack” you may feel even severe symptoms such as dizziness, chills, dry mouth, and shortness of breath.

According to a study done at American Psychiatric Association, women suffer more from “anxiety disorder’ than men.

Hence, to live a quality life, it is important to treat it timely.

Depression is a “mood disorder”. It’s a constant feeling of sadness without any specific reason. According to WHO, 264 million people suffer from depression, globally.

As humans, we often come across many different situations in life which makes us sad, and its pretty much normal. But if you constantly feel ‘worthless’, ‘sad’ or ‘demotivated’ It means you are suffering from “depression”.

Research done at the Centers for Disease Control and Prevention (CDC) states that about 8.1 percent Americans over the age of 20 suffer from depression in any given period of 2 weeks from 2013 to 2016.

Some major symptoms include irritability, fatigue, loss of sexual desire, mood swings, sadness, getting confused while talking, change in cognitive abilities and sleep patterns, behavioural and emotional changes. Depression not only affects your mental health but physical health as well, such as digestive problems, headaches, weight gain or loss.

According to the Centers for Disease Control and Prevention (CDC), women suffer more (twice) from depression than men.

Just like any other physical health issue, depression is also a very serious health problem. It can suppress one’s abilities or even make one suicidal. Hence, if you feel the above-mentioned symptoms immediately seek help!

Bipolar disorder is a mental disease that causes extreme changes in mood and energy levels. According to a diagnostic interview data from National Comorbidity Survey Replication (NCS-R), almost 2.8 percent of adults in the US suffer from bipolar disorder.

There are three main symptoms related to bipolar disorder which includes mania, depression, and hypomania.

During mania, a person feels very intense emotions such as excitement, euphoric, thrill, and full of energy which results in drastic behavioral changes. Hypomania is a less intense type of bipolar disorder. The symptoms are somehow similar to mania but less intense.

There is no definite cause of bipolar disorder it can occur due to family history, trauma, drug abuse, or depression.

Seek help as soon as you start feeling these changes.

An eating disorder is a psychological disease, which results in unhealthy eating habits. Patients may become obsessed with their weight, looks, and food. The symptoms vary between two extremes either eating too much or not eating at all.

It’s more common in young women. At least 13 percent of young people aged 20 or below suffer from any type of eating disorder.

There are two most typical types of eating disorders.

During this the patient becomes too much weight conscious and have self-esteem issues. They feel that they are overweight even if in reality they are severely underweight. So as a result they have restricted eating patterns and are extremely under-nutrition.

Patient suffering from bulimia nervosa eats too much. They lose control while eating and binge eat. It is more common in young women.

Eating disorders can be deadly if not treated. But if the treatment is done timely patient can fully recover and live a healthy normal life.

Obsessive-compulsive disorder is a mental disease, which causes unwanted thoughts to do some action over and again. It is considered an extreme form of perfectionism. Patients helplessly redo the same thing to make sure it’s perfectly done.

There is no exact cause but some researchers claim that some parts of the brain do not respond to serotonin. It can also be due to family history. If anyone in your family has OCD there 25% chances you will have it too.

Growing up, children often pass through many changes, especially psychological changes which leads to upsetting behaviours and that’s pretty normal. But if these behaviours became extremely challenging or different from other children of the same age group it is characterized as a “behavioural disorder.”

Good parenting and proper medication are necessary to eliminate such disorders.

Substance abuse disorder is a psychiatric situation in which a person becomes dependent on a drug. It may be a prescribed medicine or any illegal drugs such as marijuana and nicotine. At first, they start taking small doses occasionally. But over time, they become dependent on it and take higher doses.

According to research done at the Centers for Disease Control and Prevention in the USA, 70,000 people expired from excessive use of drugs in 2017.

Schizophrenia is an extremely chronic “psychiatric disease”. It’s a condition in which a person cannot distinguish between reality and imagination. They often hallucinate. It can lead to very disturbing behaviours. A person suffering from schizophrenia have trouble fitting in the society.

It’s a very rare disease, according to the American Psychiatric Association, only 1% of people are affected with schizophrenia.

There are number of symptoms such as hearing voices that do not really exist, disorganized and confused thought, unable to express emotions or speak properly.

It’s a lifelong disease. Treatments are available to reduce symptoms but it can not be treated fully.

Do you suffer from anxiety or panic attacks

while shopping, driving or at work?

There are numerous treatments available unique to every type of psychiatric disease. Let’s discuss some major ones.

It is called “talking therapy” in which you discuss your problems and mental health struggles with your consular in a confidential space. It’s a very healthy treatment for your mind and body. There are different types of therapy treatments such as interpersonal therapy, CBT, Psychodynamic therapy, and Psychoanalysis.

Anxiety cannot be fully cured but medicines can help with symptoms. Treatments include Benzodiazepines (relax and calm mind), Buspirone (regulate mood and used to treat short term anxiety), and antidepressants.

They are generally used to treat conditions like OCD. Medicine groups such as anticonvulsants and antipsychotics are used for the treatment.

These are used to treat diseases like bipolar disorder, and schizophrenia.

Treatments may vary according to the intensity of the situation. Including detoxification, concealing, and rehabilitation centers.

Self-care tips for a healthy mind

The key to a healthy mind is self-awareness. This means that you should be aware of how you treat your body and mind.

It is also very essential for an active mind. Your nutrition, sleep cycle, and activity level can greatly affect your mood and mental wellness. Make sure that you eat healthy, sleep on time and take a walk daily.

Human is a social animal. Hence a healthy relationship with family and friends has a very positive effect on our mental health. Always give time to your family and strengthen your bond with them. There should be a balance between work and social life. Catch up with your friends often.

Having positive goals and aspirations are the essences of life. Living an aimless life brings frustration and depression.

Now a day’s life is very competitive. Every day you come across different types of problems and struggles. So having a positive outlook will help a lot.

Sometimes we feel very isolated. Signing up for a Support group helps you connect with the people having the same struggles as you. It’s a very healthy activity.

Hence, from the above-given information. We can conclude that your mental well-being should be a top priority in your life. Never hesitate in reaching out for help. Otherwise, you won’t be able to live a happy, healthy and peaceful life.

Hope so you find the article helpful!

Have you ever helped someone struggling with a “mental health disorder”?. let us know in the comment section below.