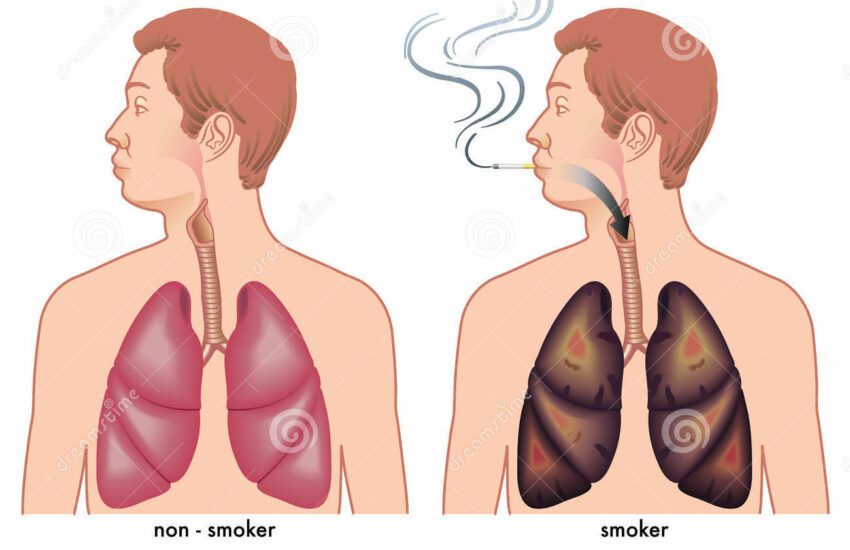 E-cigarettes or electronic nicotine delivery systems (ENDS) go by many names – the most common name is “e-cigarette,” but other terms include e-cigs, vapes, vape pens, mods and tanks. For the purposes of this resource we refer to the entire category as “e-cigarettes.”

E-cigarette use among young people has skyrocketed in recent years and remains at epidemic levels: about one in five high school students used e-cigarettes in 2020, many of whom were not smokers in the first place.

A 2018 Truth Initiative study published in Tobacco Control found that among current youth and young adult JUUL users, the majority — 63% — did not know that the product always contains nicotine. Anecdotally, youth are reporting signs of severe dependence, such as inability to concentrate in class, using an e-cigarette upon waking, and using e-cigarettes at night after waking with a craving.

The U.S. Surgeon General has said there is an “e-cigarette epidemic among youth.” Most e-cig lawsuits have been filed by young adults or parents of underage children who were unaware of the side effects of vaping.

Many people who filed lawsuits say they became addicted to using e-cigaretes which led to or worsened their conditions. They claim they were unaware that vape fluids contained high levels of nicotine, a highly addictive substance.

There is evidence that indicates that vaping exacerbates COVID-19 infection rates.

Research on the link between vaping and COVID-19 outcomes is rapidly evolving and more research is needed to clarify the relationship. However, there is evidence that indicates that vaping exacerbates COVID-19 infection rates.

RE E-CIGARETTES LESS HARMFUL THAN CIGARETTES?

It is generally accepted that e-cigarettes produce fewer of the toxins found in cigarette smoke. However, it is becoming increasingly apparent that this frame is not adequate to tell the entire story regarding individual health impacts. The most recent evidence suggests that e-cigarettes may pose their own unique health harms and that comparison to cigarettes may not be the only relevant question for determining their impact on individual health. Indeed, the growing evidence of potential health risks related to e-cigarette use has led some researchers to question whether e-cigarettes are safer than combustible cigarettes. For more information see “Health Effects”.

The recent outbreak of vaping related lung injuries also supports caution with respect to e-cigarettes. While a substantial number of cases in the recent outbreak of vaping related lung illness (see “Health Effects”) appear to be related to THC vaping and the CDC recently identified vitamin E acetate as a chemical of significant concern, the agency has been cautious to say it has not found a single cause and continues to recommend caution with respect to all vaping as the investigation continues. At minimum, this outbreak dramatically demonstrates the dangers of an unregulated market in inhaled substances with no premarket review for consumer safety.

We also note the frequently cited claim from Public Health England that e-cigarettes are definitively — 95% — safer than traditional cigarettes. First, this analysis was originally conducted in 2013, prior to recent research on health effects of vaping. Moreover, further analysis into the original research finds that the evidence for such a statistic remains unclear and not fully comprehensive, among other concerns about author and funding conflicts of interest. The Public Health England claim also fails to acknowledge the reality of the potential for negative net public health impact among a population of users that have otherwise never used tobacco products or the lack of clinical and long-term evidence of these products’ safety in humans, regardless of current smoking status.

While a 2018 National Academies of Sciences, Engineering, and Medicine report found substantial evidence that exposure to toxic substances from e-cigarettes is significantly lower compared to combustible cigarettes, recent studies are showing that is not the end of the story on health impact. It now appears that e-cigarettes may present their own unique health risks, including to the respiratory and cardiovascular systems. Given the products’ relatively recent introduction to the marketplace, further research is needed to evaluate the short and long term health impacts of e-cigarettes.

The evidence for e-cigarettes’ effectiveness as a cessation tool also remains inconclusive and, until an FDA review, the safest, most evidence-based cessation strategy should include a combination of counseling, nicotine replacement therapy, and/ or cessation drugs like varenicline, approved by the FDA. Moreover, while the basic technology behind e-cigarettes is consistent, there is enormous variability within the product category and there is no typical e-cigarette. The products include different ingredients, different hardware and deliver highly variable amounts of nicotine and potentially toxic chemicals, including heavy metals such as cadmium, lead, nickel, tin and copper. This variation makes it difficult to issue overall public health recommendations about the category and demonstrates the huge and long-standing need for pre-market review of these products.

What to know about vaping-related illnesses

As of Dec. 27, 2019, nearly 2,561 cases of lung injury (EVALI) caused by inhalation of vitamin E acetate, or “popcorn lung,” have been reported in all 50 states, the District of Columbia, and two U.S. territories (Puerto Rico and U.S. Virgin Islands) and have led to 55 deaths during that time, according to the Centers for Disease Control and Prevention (CDC)Trusted Source.

Some of the people affected by vaping illnesses include children.

Early research shows vaping liquids and oils — even once — can harm your lungs. Because vaping is new and hasn’t been well studied, there could be harmful effects of vaping that aren’t yet known.

Some states with legal marijuana are proactively warning marijuana users that vaping liquids has been known to cause severe lung injuries and death.

To stay up to date on the latest vaping-related illness news, check the CDC websiteTrusted Source for regular updates.

When people vape, they consume concentrated marijuana. It seems to be a much more potent delivery system than smoking. In other words, you’ll get more high from vaping than from smoking.

Vaping can be more intense

Researchers have determined that the effects of vaping marijuana are much stronger than smoking.

In one studyTrusted Source, researchers found that first-time and infrequent marijuana users were more likely to experience adverse reactions from the enhanced delivery of THC caused by vaping when compared to smoking.

Both smoking and vaping have an almost immediate effect on the body. Their effects peak within 10 to 15 minutes.

A note about marijuana strains

There are many strains of marijuana, each having slightly different effects on the body. Sativa strains are thought to be more stimulating. Others, called indica, are more relaxing. It’s worth noting marijuana strains can affect people quite differently. Just because a certain strain has purported properties doesn’t mean you’ll get those exact effects.

Because the harmful effects of smoking are well known and the health effects of vaping are unknown (and possibly very serious), it’s understandable that you might want to seek an alternative way to use marijuana.

If you’re looking to consume marijuana in the least risky way, ingesting it might be the way to go.

Edible marijuana products, or edibles can be any food or beverage. They include, but aren’t limited to:

Keep in mind that ingesting marijuana doesn’t have an immediate effect. Having too much can lead to adverse physical and mental reactions, such as:

But when eaten in moderation, edibles seem to have no apparent harmful health effects that are known yet.

Marijuana needs to be heated

Eating “raw” marijuana won’t have the same effects on the body as consuming marijuana-based products prepared correctly. Marijuana has to be heated in order for its chemical compounds to be activated. Cooking it can do that.

It can take up to 2 hours for the effects of ingested marijuana to hit and around 3 hours for them to peak. Effects are often long lasting — anywhere from 6 to 8 hours.

For this reason, it’s important to start slowly. Consume a very small amount if you’re ingesting marijuana for the first time. For example, a common dose for edibles is 10 milligrams of THC. If you’re just starting out, opt for 2 to 5 milligrams of THC.

Focus on CBD instead

If you seek the purported beneficial health effects of marijuana without the high, you may want to seek out CBD oil and products that contain it. Note: the CDCTrusted Source does not recommend vaping any liquid, including CBD oil.

Note, however, that CBD products aren’t regulated by the Food and Drug AdministrationTrusted Source. If you do buy them, it’s important to do so from a reputable distributor.

Do’s and don’ts for edibles

While more research on the effects of consuming marijuana is needed, it appears we can conclude that smoking any substance — including marijuana — is generally not good for you.

New research suggests vaping liquids may also be detrimental to health and can cause serious problems, including death. So, it seems the least harmful way of consuming marijuana may be to eat it.

However, researchers note that long-term marijuana use and THC exposure may increase the risk of psychosis and mental health disorders.

If you want to get the health benefits of marijuana with the least amount of risks, it seems CBD products might be the way to go — though you won’t get high from using them.